It is told from the ancient time that the waterfall is the place where the gods exist and go through. It has been used as the stages in various myths and legends.  People in Japan believe that waterfall gives mystical and strong power of nature to people. Sunwolves will challenge to the world toughest competition wearing the jerseys including "Sun", "Moon" and "Waterfall" which will bring the power of nature existing in all the Japanese ancient gods. 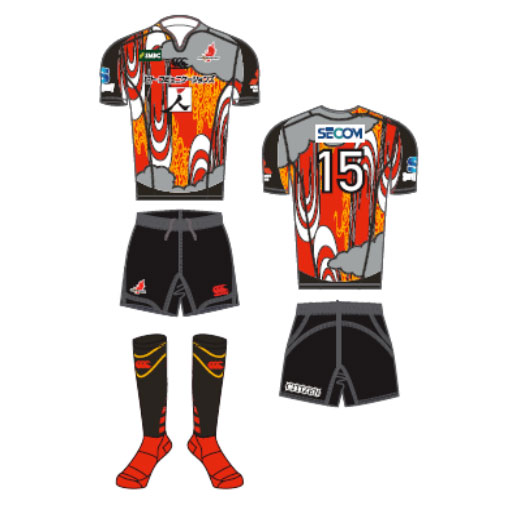