● Comment from Head Coach Jamie Joseph
Brumbies are a tough opponent. It will be a challenging game for us. I anticipate that they are going to
put a lot of pressure on the set pieces like scrum, and lineout. Plus, they have tough backs that really hardto stop. We need to stop their momentum from the source.
Committing penalties gives the opponent a chance, so even in a tough situation we have to be tough andsmart.
This is going to be Nakamura’s first game in the Super Rugby.
Although he didn’t get a chance to play in a test match in last November, he has been showing a good
performance in Suntory, and he came to the Sunwolves with the confidence and the best condition.
Himeno, also will be making the first cap in the Super Rugby, played well in Toyota. He can caver a lot
and keeps on surprising me. I am expecting him keep on developing in the tough games.
In some stage of competition everyone’s back against the wall, and we have just started, there is only oneway. We must keep moving forward. 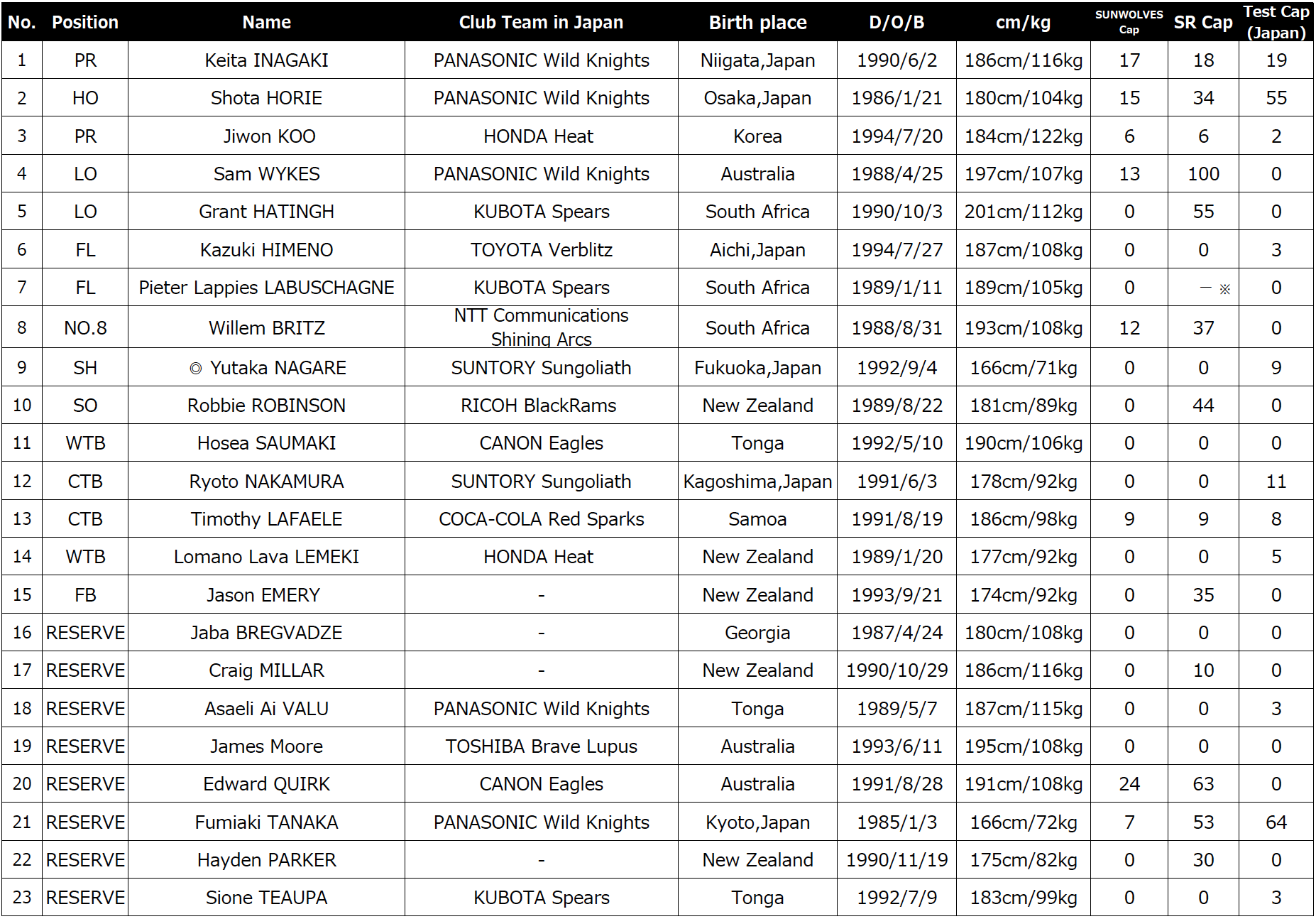 ※We are confirming the number of SR Cap of Pieter Lappies LABUSCHAGNE and we will inform by 24th
February.

● Comment from Kazuki Himeno
I’m honored to be playing in the Super Rugby. Firstly, I will devote myself as much as I can in order for the team to win the game. Going through the last four weeks made me like this team, and I believe other teammates have the same feeling. The cohesion in the team developed. We came to united strongly as a team. Though the Brumbies are a tough team, I suppose having a challenger mindset and never being mentally defeated by the opponent is the most important thing.

● Comment from Ryoto Nakamura
I’m so happy for being selected as a member to the opening game of the season. Personally the Super
Rugby is the first experience, and I’m really looking forward to seeing how much my skills and power can compete at this level. I was watching Sunwolves’ games from outside of the team till last year, and I had an impression that the team had been improving year by year. Also the team gradually increased to play good games. This year must be a transition from a good game to a winning game.


■Unavailable due to injury