Courtesy call for the governor of the Fukuoka prefecture

Tiatia and Mr. Ogawa had a conversation about the 2weeks pre-season camp and the pre-season match against the Top League All Stars. Also they talked about the significance of the SUNWOLVES for the World Cup 2019.

The call was harmonious with the interesting stories of especially Filo Tiatia who surprisingly had played No.10 when he was a school boy. 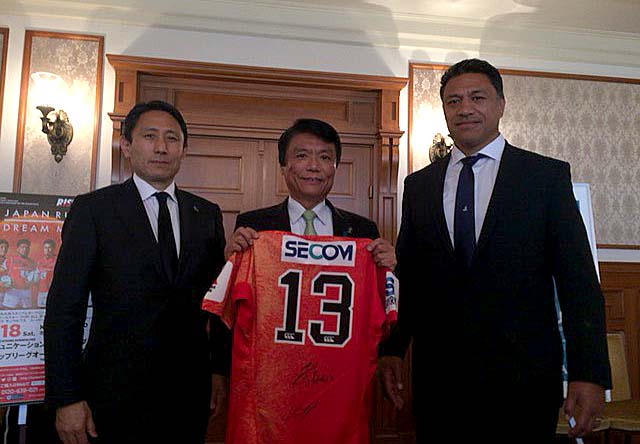