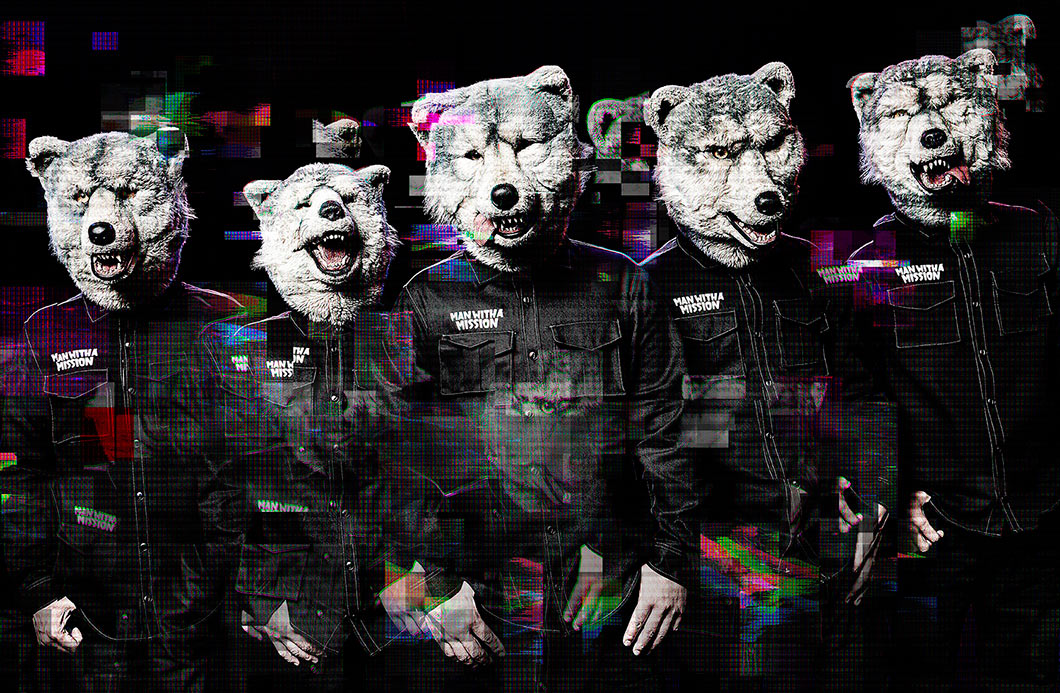 We are delighted to be given the opportunity to sing “Brave It Out” as HITO-Communications SUNWOLVES official theme song for the 2017 Super Rugby season. With the memorable victory against South Africa and will of support for growing Japan Rugby, we have composed this song. As we wrote this song to rally the fans at the stadium, please support the world of Japanese rugby with this song! With this song, let’s support the players of SUNWOLVES who bravely fight all over the world! (Jean-Ken Johnny)
Message from MAN WITH A MISSION


Who is MAN WITH A MISSION?

The ultimate rock music band of 5 creatures with wolf heads and human bodies. They suddenly came to the music scene in Japan in 2010. Since then, all of their live tickets had been sold out and difficult to get including Nihon-Budokan, Yokohama Arena, and Makuhari Messe. Their world tours had been all succeeded in USA, Europe, Asia, and unstoppable all around the world. They released the music CD album “The World’s On Fire” on 10th of February 2016 and will release the new single CD “Dead End in Tokyo” on 25th of January 2017.
PREV INDEX NEXT
CONTENTS
ニュースNEWS
チームTEAM 試合日程・結果SCHEDULE
チケットTICKET ギャラリーGallery スーパーラグビーSUPER RUGBY
当サンウルブズ公式サイトは、株式会社スポーツエンターテイメントアソシエイツの支援により公開しています
スローガン